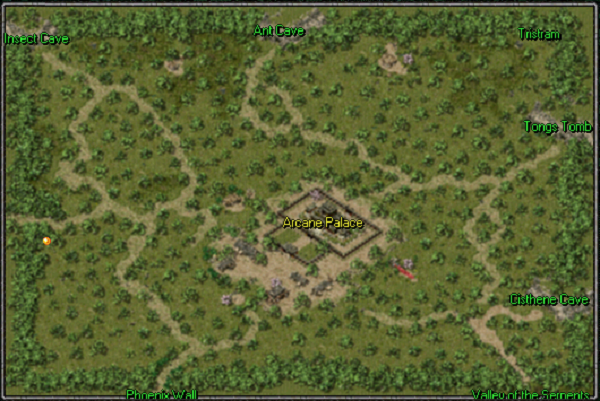 The Arcane Palace, a monumental masterpiece of magical mystery where some of the strongest mages on the planet spent many years perfecting their spell craft, learning to bend the elemental forces to their will. The Palace is protected by a powerful Arcane Ward, despite many invasions over the years the palace remains unscathed to this day. The Arch-mage often rents out the grounds to local guilds who wish to battle it out for control of the region, during which, the arcane ward is temporarily disabled for the duration of the War.

Situated between a series of caves and crevices, mines and other dangerous areas, the local mages must be on their guard at all times in order to protect the town from invasion. Traveling adventurers are often spotted in the area exploring these regions hunting for low level equipment and gaining experience.