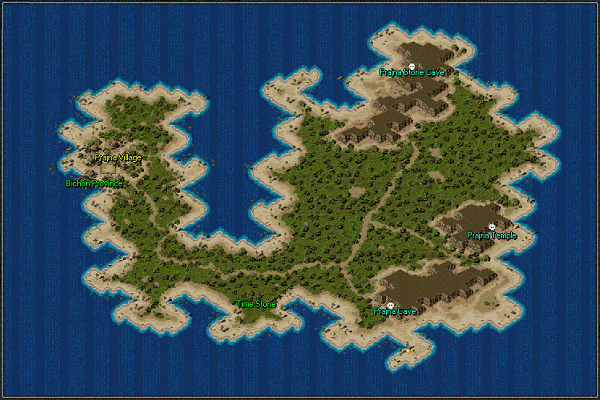 Just of the coast of Bichon Wall, Prajna Island stands as one of the most dangerous places on the planet, housing some of the world’s most fierce enemies. Adventurers can catch the ferry from Bichon Wall to the local fishing village anytime, for a fee. The stunning beaches, crystal clear ocean and palm trees surround this small corner of paradise but house greater evil within it’s colourful distraction.

This famous fishing village stands as the largest distribution center of fish, exporting to many neighbouring islands, cities, fortresses and other settlements worldwide. While much of the island’s economy relies on the fish trade, tourism is certainly a great contributing factor since the arrival of the Three Heroes.