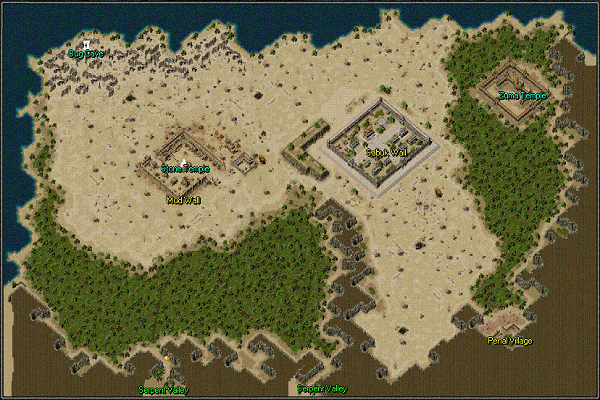 The desert civilisation known as ‘Mudwall’ resides within the Mongchon Province, north of the Bichon Province. Built purely from the abundant mud and clay deposits, the towns walls provide strong fortification against potential invaders and the mysterious ‘Lame Ape’ that is said to lurk within the wilderness, preying on lone wanderers that stray too far from the town.

Adventurers and merchants flocked from the Bichon Province in search for a better future, stumbling across the arid remains of a once prominent race of sheep-like creatures known as the ‘Zuma’. Understanding the potential for success, the team set out in search for materials to forge their city in hopes that they would be able to shelter themselves from the harsh heat-waves and violent sandstorms. Once fully established, the city became popular to adventurers and travelling merchants and is now considered a major city throughout the region.