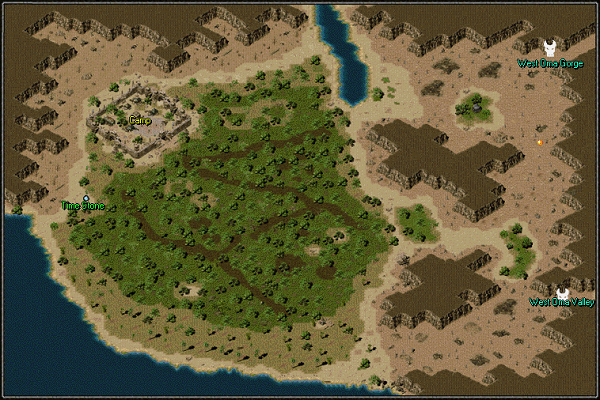 Bichon Province was not always so peaceful, many years ago Bichon was under constant siege during the reign of the great terror known only as the Evil Mir, protected by his legion of heavily armoured Oma hell bent on the destruction of the human race. Starting off as only a small encampment, raiding parties from the Mongchon Province forged an alliance with the besieged tribes of the Woomyon Woods who managed to erect a gargantuan fortress in the Bichon Province, securing a good foothold in the region which would eventually lead to their victory, and the formation of the great city of Bichon Wall we know today.

Evil Mir was revered as a God to many, the giant basilisk said to possess tremendous magical strength was somehow beaten by the united power of the Three Heroes.